Teem Toronto VFS is a group of devoted, Canadian Tunnel Flyers / Skydivers who are committed to the continued promotion and development of the sport of body flight. While the team’s flying interests are broad and include many sub-disciplines of the sport, competitive-level Vertical Formation Skydiving is its current focal point.

The team is comprised of Genny Guerin, Sebastien Plourde, Mike DiLisi and Dave Cvetanovski, all Canadian flyers whose home tunnel is currently iFLY Toronto. The experience of the members vary, but each brings an impressive array of skills and characteristics that have led to significant success in the short period of time that they’ve been flying together.

Why so serious?! They’re not. Even though the team exhibits an incredible amount of focus, dedication to their goals and adherence to their performance, it’s never at the expense of fun. The personalities and character traits embedded in the members of the team would not allow it. Regardless of the circumstances, ball-busting banter will happen and new duties will be appointed.

If we have fun, focus, work hard and persevere, we win.

It was a cold and snowy December evening as we walked into an unusually under-crowded Alice Fazooli’s in Oakville, Canada. If circumstances were different, we wouldn’t have a clue where we were to be seated, however, this night was different. Four beers strategically positioned on a corner booth acted as a beacon in the dimly lit bar. As we approached the table, a seated Chad came into view. He maintained what appeared to be an intense and unbreakable gaze at a piece of paper lying on the table – the rules.
Rules were made. Beers were consumed. Names were called. A VFS team was born. Teem Toronto VFS? No, not yet – chill out.
As the first competition quickly approached and an intense training schedule was adhered to, the team still did not have a name. “Turbo” someone suggested while walking 5 minutes before our session began. The other team members scoffed and made fun of such a suggestion. Many other similar names were suggested until finally, one of the team members cracked, “I’m off the team if we have a name like that”. He was angry and it looked as though he was ready to walk away, until suddenly, a look of calm came about his expression. We are, “The Teletubbies” he exclaimed. One of the team members pleaded with him to not suggest such an idiotic name. The more he pleaded, the more the suggestor became amused until finally it was proclaimed, “Either we’re the Teletubbies, or I’m off the team”. And so it began.
The Teletubbies went on to win a silver medal at the 2015 Canadian Indoor Skydiving Championship, only 10 points behind 6-9-0, a team primarily comprised of Evolution flyers. Following the championships, the team decided to take a break. It was during this break that the team received the unfortunate news that one of the founding members was leaving the team to become a professional hockey player. The team was devastated and all members considered hanging up their flights suits.
In 2016, the team formed again, only this time with new member Sebastien Plourde – The Teletubbies were Reborn. After a very short period and minimal training, the team won a silver medal at the 2016 Canadian Indoor Skydiving Championships.
Shortly after the Championships, a founding team member proclaimed that he hated VFS the whole time and that he could no longer lead a double life. Again, the team was in shambles as it had planned to compete in the IBA Indoor Skydiving Competition Series at Rosemont. A short time before the Rosemont competition, in a final attempt to bring life back into the group, Dave C pleaded with Genny Guerin to join the team. She agreed.
With only 50 percent of the original team members remaining, the Teletubbies name had to be retired. Maybe, just maybe, one day the Teletubbies will come together again. For now, we are Teem Toronto VFS. 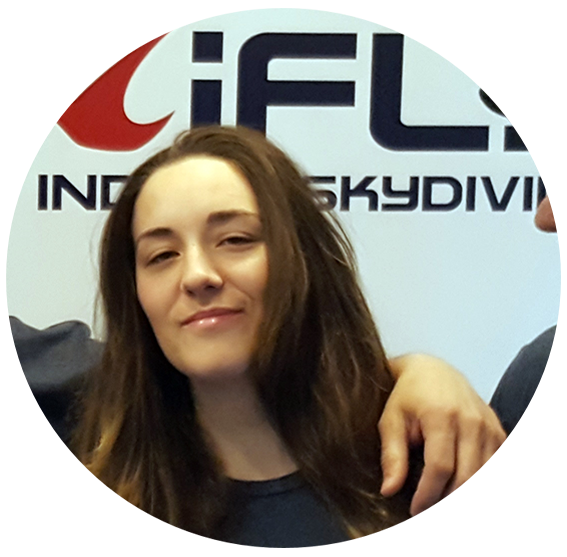 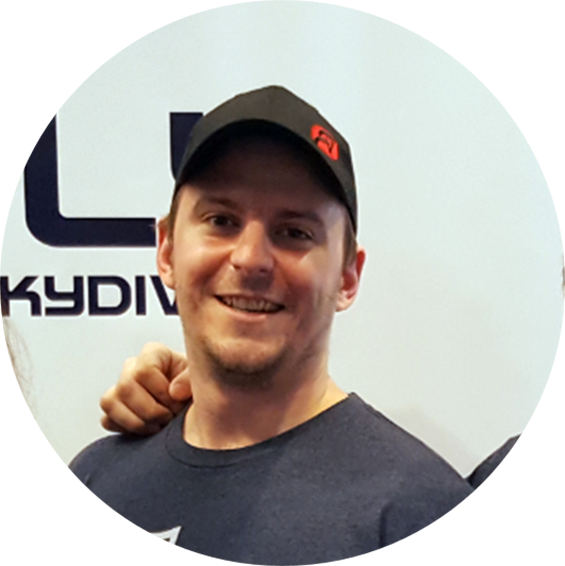 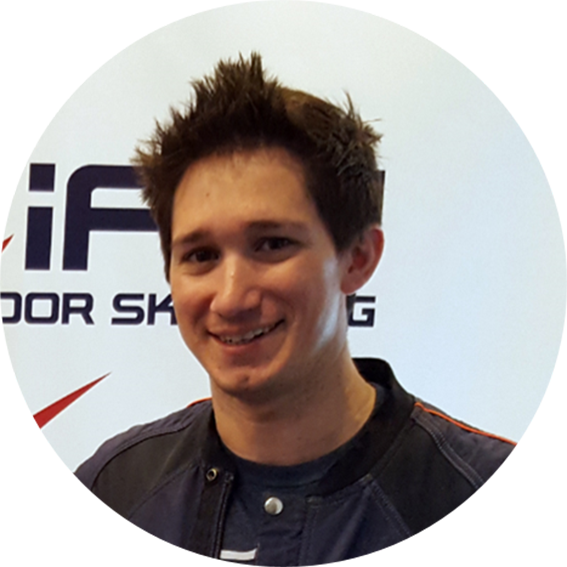 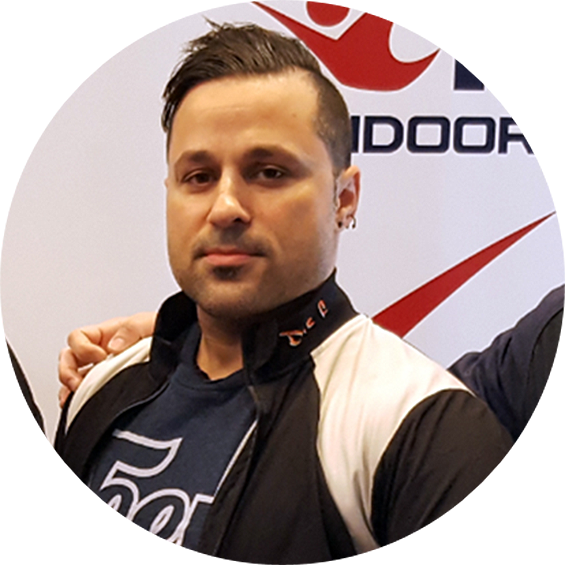